The White House told Congress of its plan to move forward with the sale of 19 F-16 fighter jets to Bahrain. The announcement was made by the U.S. Defense Security Cooperation Agency last September 8, saying the Trump administration had given Congress formal notification of the proposed $2.78 billion deal. The administration will be able to proceed with the sale unless Congress blocks the proposed arms sale within 30 days. 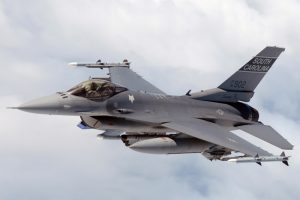 If finalized, the deal allows Bahrain to purchase 19 F-16 fighter jets through Lockheed Martin. Lockheed’s F-16 production is located in Fort Worth, Texas but the company plans to shift manufacturing of F-16 to its 16-hangar complex in southern Greenville County after the last F-16 being built for Iraq is delivered in September.

The move is expected to add an additional 250 jobs at Lockheed’s Greenville site. Currently, Lockheed already employs 500 people and expects to hire additional employees in the next two years once work on the F-16 hits full production. It would take about two years to start production once the order is received from Bahrain, a perfect time for new graduates of Greenville Tech’s Aircraft Maintenance Program to secure a job since it is about the same time students graduate from the program.

Lockheed is also anticipating additional orders from Indonesia and Colombia and in a bidding war with Boeing/Saab alliance for a multibillion-dollar contract to supply about 200 fighter jets to India’s air force. If the company wins the proposed India fighter deal, its first jets would likely be built in Greenville as well. Although F-16 production would transfer from Greenville to India in the mid-2020s. The company may end up manufacturing a different military aircraft at its Greenville site.